Who would’ve thought that one day we’d all see the official Xbox logo grace the corner of a mini-fridge door. It’s not a mere funny internet joke anymore—one of the biggest tech companies in the world is actually creating a mini-fridge specifically directed at gamers.

Keep Your Drinks Cool With the Xbox Mini Fridge

To close its showcase at E3 2021, Microsoft premiered the reveal trailer of its upcoming Xbox Mini Fridge, which you’ll be able to snag during the 2021 holiday season (sometime between November and January).

The trailer refers to the Xbox Mini Fridge as the “world’s most powerful mini-fridge,” but we doesn’t show off any of its features. Just a quick glimpse at the inside of the cooling box (of course it had to be lime green) and its “Xbox Velocity Cooling Architecture.”

We also don’t have any clues yet with regard to pricing and availability. It would seem that some netizens are concerned that the Xbox Mini Fridge will be too expensive, or that it’ll only be available in select countries.

In November 2o2o, Microsoft gave away a full-size Xbox Series X fridge (which the company valued at $ 499) in a sweepstake.

Why Is Microsoft Making the Xbox Mini Fridge?

Back in April, Twitter held a competition with 16 brands battling for the title of the “best brand” on the platform.

In the final round, Xbox was up against Skittles, and general marketing manager Aaron Greenberg tweeted that if users voted for Xbox to win, the company would produce Xbox Series X mini fridges.

Soon after Twitter crowned Xbox the #BestOfTweets brand bracket champion, Microsoft went to work to carry out its promise.

From Internet Meme to Actual Release

This all leads back to December 2019, when Microsoft officially announced the Xbox Series X as its follow-up to the Xbox One. The internet couldn’t help but make jokes about the console’s appearance, saying that it looked like a refrigerator.

Soon enough, Xbox memes spread like wildfire online, and Microsoft saw the newfound attention as an opportunity to turn all the internet jokesters into potential customers.

Is This the Beginning of a New Trend?

Microsoft may be presenting the Xbox Mini Fridge in a humorous way, but its production is a serious endeavor.

Many companies have woken up to realize that social media and memes can be powerful marketing tools, but you’d be hard-pressed to find one that uses them as effectively as Microsoft has thus far.

The company’s really leaning into its meme, which is a move that may actually pay dividends. After all, so many people were mocking gaming chairs when they first entered the market, and look where we are now.

7 Cool HTML Effects That Anyone Can Add To Their Website 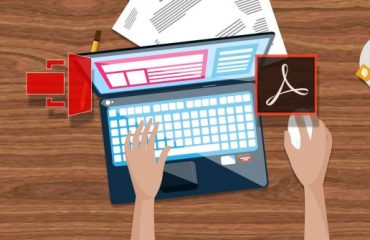