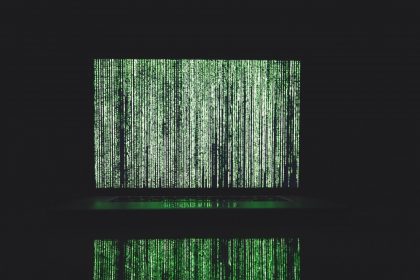 Although some might have heard the term “metaverse” only recently, it’s been in use for a couple of decades. It was first used in the 1990s in a work of fiction, and it usually describes a hypothetical future version of the internet that exists alongside reality as a shared persistent virtual world.

For a long time, both fiction writers and technologists have envisioned the metaverse as the evolution of the internet. And, while some of the attempts at building anything resembling the metaverse failed, they did set a precedent.

So, what is the metaverse?

Etymology and Origin of the Term "Metaverse" and Its Concept

The word “metaverse” was created by putting together the Greek prefix “meta,” which means beyond, and the stem “verse,” a backformation from the word “universe.” The term first appeared in Snow Crash, a science fiction novel by Neal Stephenson, in 1992.

However, the concept to which metaverse refers had already been somewhat depicted under a different term: “cyberspace.” The concept first appeared under this term in William Gibson’s story Burning Chrome in 1982 but was popularized by his 1984 novel, Neuromancer.

In Neuromancer, Gibson describes his cyberspace as “a consensual hallucination experienced daily by billions of legitimate operators, in every nation . . . a graphic representation of data abstracted from banks of every computer in the human system.”

Nonetheless, after the arrival of the World Wide Web, people started to use the term cyberspace as a synonym of the internet in its present state. By the time Stephenson’s Snow Crash hit the shelves, the term “metaverse” caught on, and common use established it as the concept’s signifier.

Stephenson, on his part, describes his metaverse in Snow Crash, instead of as a hallucination, but as “graphic representations—the user interfaces—of a myriad different pieces of software that have been engineered by major corporations” and as “made available to the public over the worldwide fiber-optics network.” This is science fiction talking, of course. The metaverse doesn’t really exist.

In a presentation to his company workers, Facebook CEO Mark Zuckerberg expressed his desire to build an actual metaverse. Later, in an interview with The Verge, Zuckerberg said, “You can think of it [the metaverse] as the successor to the mobile internet,” while also acknowledging that “it’s certainly not something that any one company is going to build.”

You can think about it as an embodied internet, where instead of just viewing the content—you are in it. And you feel present with other people as if you were in other places . . . but the metaverse isn’t just virtual reality. It’s going to be accessible across all of our different computing platforms; VR and AR, but also PC, and also mobile devices and game consoles

So, what exactly is the metaverse? Well, since the metaverse is a concept straight out of a science fiction novel and it doesn’t have an actual referent in the real world, we should probably ask ourselves a different question: What does the Metaverse intend to be?

Read More: The Metaverse Won't be Like You Think: Here's Why

From the beginning of the article, we’ve said that the term refers to a hypothetical future version of the internet. But, just as Zuckerberg suggests, we should think of it as the successor to mobile internet.

But, what is the internet? Is it the information you view on your smartphone’s screen? Or, is it the servers storing that information? Or, is it the physical transoceanic landlines that allow the World Wide Web network to come together?

When we are on our phones checking our emails, we say we are on the internet, just as we do when we scroll through Facebook or Google something. However, the place we give spatial attributes and call cyberspace, or the internet, is not just information, or the servers that store it, or the landlines that put the network in place, but the synthesis of them all into a single functional tool.

Related: What's the Difference Between the Internet and the World Wide Web?

Then, if we already know the metaverse is to be the internet’s successor, and we take into account both Stephenson and Zuckerberg’s definitions and the latter’s assurance that it will be accessible through all of our different computing systems, including PC and mobile devices, we can safely conceptualize what the metaverse is. In theory, at least.

The metaverse is a collection of information and software linked together and made available to the public through a worldwide network, either as 3D shared persistent virtual spaces or in the form of 2D images.

How Far Off Are We From the Metaverse?

Ever since the internet was conceived, both science fiction writers and technologists have envisioned it to be much more than just a telecommunications network.

In 1982, at a time when the internet was still being developed, William Gibson was already publishing Burning Chrome with his own futuristic version of it in it, followed by Neal Stephenson’s metaverse in Snow Crash ten years later. Although, at the time, we did not have the technology to create such an expansive version of it, we might be able to pull it off in a not-so-distant future, not to say we haven’t tried.

From the moment the internet became what we know it to be today, there have been attempts at creating this “virtual world” for which the metaverse is famous. Some of the most remarkable attempts are:

The Metaverse Is the Future of the Internet

Science fiction writers can produce ideas that can seem far-fetched. Even so, it’s undeniable that they have predicted great advancements in technology long before they happened.

Remember Jules Verne’s From the Earth to the Moon? How about R.U.R (Rossum’s Universal Robots), the 1920 play that predicted the invention of robots?

We made it to the moon already, the robotics industry grows by the day, and we already have the internet. With scientists working hard on improving VR technology and the advancements in telecommunications, what keeps us from building this shared persistent virtual universe? 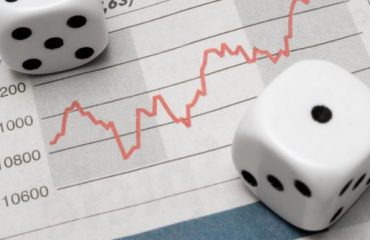 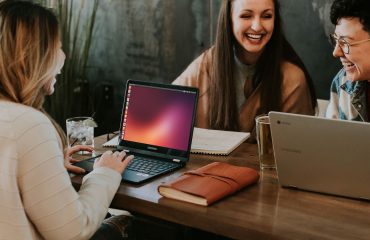 8 Reasons Why You Should Stick With Ubuntu Linux

5 Reasons You May Want a Ham Radio at Home