What Is the Amazon Fire TV Stick and How Does It Work?

What Is the Amazon Fire TV Stick and How Does It Work? 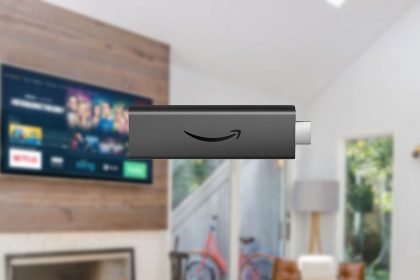 The number of streaming video devices on the market continues to grow as consumers flock to popular services like Netflix and Amazon Prime Video. But if you’re new to the technology, it can be difficult to find the streaming device that’s best for you.

One of the best options currently on the market is the Amazon Fire TV Stick. Along with the low cost, the streaming device plugs directly into an HDMI port, making it a strong choice for anyone with limited space near their TV.

In this article we’ll be taking a closer look at the Amazon Fire TV Stick, explaining how it works, and telling potential buyers what they need to know before making a purchase.

What Is the Amazon Fire TV Stick? Most of today’s streaming video options are small boxes that sit near the television and attach via an HDMI cable. But the Amazon Fire TV Stick is a bit different.

As suggested by the name, the device is a small, stick-like dongle that’s a bit larger than a USB flash drive. It’s 3.4 inches tall and 1.2 inches wide. On the end of the device is a standard HDMI plug designed to be placed into any open HDMI port on a television.

As long as your TV has an HDCP-compatible HDMI port, which is found on any modern set, you’ll be good to go once you have connected a micro-USB power cable and chosen a Wi-Fi network.

Alexa support opens up a vast amount of different skills and other commands. One of the best is the ability to play music with just a simple press of the microphone button voice command.

The real draw of the Fire TV Stick is video content. Since the device is from Amazon, you can view movies and television shows on Amazon Prime Video. Here are the best Amazon Prime movies to get you started.

And that’s far from all. You can access a wide range of other subscription services including Netflix, HBO Now, and many others. Cord cutters will be happy to hear that streaming TV services like Hulu, Sling TV, PlayStation Vue, or DirecTV Now are also available on the device.

First, you enter your Amazon account information and pair the remote. There are six major sections to explore: Search, Home, Movies, TV Shows, Apps, and Settings. Users will always start at the Home section. To move across the different sections and content, you’ll use the navigation trackpad on the remote. The center of the trackpad is used as the select button.

Instead of needing to use the different buttons on the remote itself, you can accomplish a large number of tasks by pressing the microphone button and speaking to Alexa. You can use voice commands to play a movie or TV show, search for content, search within apps, control playback, launch apps, control live TV apps, and more.

What You Need to Know about the Fire TV Stick

Here are even more facts you need to know about the Amazon Fire TV Stick:

Amazon provides access to a wide variety of different apps to download. But something you may not know is that the device runs the Android. So it’s possible to sideload Android apps to the Fire TV Stick. The best way is using an Android phone, but it can also be done on a Mac, PC, or Linux machine. One type of app you won’t have to worry about sideloading is a web browser. We’ve compared two of the best Amazon Fire TV Stick browsers: Firefox and Silk.

Just like other Amazon hardware products, the Fire TV Stick features parental controls. During setup, parents can set a 5-digit PIN password. The PIN will be required to play content rated Teen or above or make a purchase.

You don’t need the Alexa Voice Remote to control the Fire TV Stick. Make sure to download the Amazon Fire TV Remote app for Android or iOS. Along with navigation through a on-screen navigation, the app also supports voice search.

If you already own an Amazon Echo device, you can link the Fire TV Stick and voice control the streaming device.

Where to Buy the Amazon Fire TV Stick

There are two versions of the Amazon Fire TV Stick to choose from. The best place to purchase both options is from Amazon itself. The streaming devices are also available at a large number of other retailers including Best Buy and Target.

For anyone with just a 1080p HD set, the standard Amazon Fire TV Stick is less expensive and offers access to all of the same content and apps. Definitely make sure you take a look at our essential apps for the Amazon Fire TV Stick. You’ll also receive the older Alexa Voice Remote.

In the box of both options, buyers will find the Fire TV Stick, the Alexa Voice Remote, two AAA batteries, a power adapter, and an HDMI extender. The extender provides better Wi-Fi reception and will allow users to not crowd out any nearby HDMI ports.

Enjoy the Show With an Amazon Fire TV Stick

As you can see, the Amazon Fire TV Stick is the perfect way to bring all the advantages of a streaming video device to your TV. The inexpensive price, small size, and access to a huge amount of different services makes the Fire TV Stick a great choice for most users.

And if you decide to take the plunge and make the purchase, make sure you know how to set up and use the Amazon Fire TV Stick first.

Read the full article: What Is the Amazon Fire TV Stick and How Does It Work? 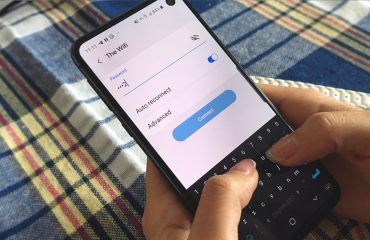 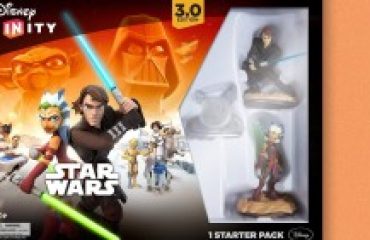