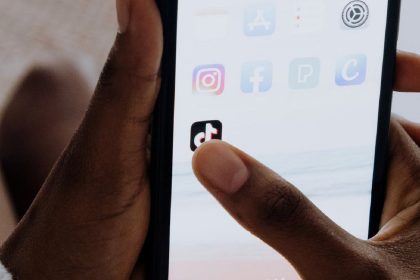 If you’re a TikTok user and residing in the US, a change has been made to the app’s privacy policy that you’ll probably want to be aware of.

As first spotted by TechCrunch, TikTok has added a new Image and Audio Information subsection to the What information do we collect? section of its privacy policy in the US.

It says that in the future, the short-form video app may collect biometric identifiers and information from user content, such as “faceprints and voiceprints.”

We may collect this information to enable special video effects, for content moderation, for demographic classification, for content and ad recommendations, and for other non-personally-identifying operations. (…) Where required by law, we will seek any required permissions from you prior to any such collection.

You may be thinking, at least TikTok is going to let me know before it starts automatically collecting my data, so I can just say no. But that, unfortunately, might not be true.

TikTok’s new policy doesn’t clarify whether the “law” it’s referring to is federal law, state law, or both. This could mean that if your state doesn’t have biometric privacy laws (according to Thales Group, a vast majority of them do not), then the company may choose to not ask you for permission, as it isn’t legally obligated to do so.

Related: How TikTok Is Dangerous to Personal Privacy and Security

At the end of last April, TikTok made a blog post to discuss its approach to security. The app has been heavily criticized for being “unsafe” and “insecure” since its release in 2017, so presumably the platform wanted to point out that it’s doing all it can to dispel those claims.

“My team and I have been undertaking a broad review of TikTok’s security, our infrastructure and practices, testing current practices and actively seeking to anticipate what we will need in the future,” wrote Roland Cloutier, the company’s Chief Information Security Officer.

The opening sentences of the new subsection are less alarming by comparison, as TikTok details what other info it may take from user content, such as objects or scenery captured on video or the nature of the audio.

That might seem equally as invasive as biometric data collection, but lots of other social networks make use of object recognition, too. Though on TikTok, its most notable use is to power the platform’s AR effects and automatic captions.

TikTok’s silent privacy policy change comes a month after Facebook and Instagram put up notices asking you to allow app tracking. It’s no secret that social media companies want as much data from you as possible, so be careful about what you choose to share online.

How Fast Are You? Check Your Thinking, Reading, and Reaction Speeds

What Is npm? The JavaScript Package Manager Explained

The Online Budget Battle: Mint vs. You Need a Budget (YNAB)