The 4 Best Apps for Running Dungeons & Dragons From Your Phone

The 4 Best Apps for Running Dungeons & Dragons From Your Phone

While Dungeons & Dragons is traditionally a pen-and-paper role-playing game, you can also play it remotely using voice chats and online virtual tabletop simulators (VTTs). But did you know you can run the world’s most popular role-playing game right from your phone?

For those who have already switched away from running the game out of a three-ring binder at the kitchen table, moving from desktop to mobile is a simple change that can save you even more time, space, and effort.

There are two main ways of running D&D from your phone: using a selection of apps that you switch between as you go, or using one catch-all app. We’ll look at both.

D&D can seem overwhelming, but all you really need to run the game is:

The multi-app method is recommended for DMs who are already comfortable running the game, or who want to simplify their experience of running.

The main benefit of running D&D from a mobile device is that you can streamline everything, so it’s best to seek out a combat tracker that focuses on essentials.

You need the following:

The 5e Companion App from Vladimir Pomsztein checks all these boxes. The only downside is that this app does not include a dice roller, but there are easy solutions for this.

Most simply, you could roll your own dice, using all the free physical space that isn’t being taken up by books, binders, or computers. Or you could grab a separate app, like RPG Dice Roller on Android or Dungeon Dice on iOS, and quickly jump over to it when you need to roll.

Experienced Dungeon Masters may be able to leave a rulebook app out of their mobile DMing needs, but new DMs will benefit from having some resources available.

Specifically, you’ll want to have these references handy:

D&D 5e Rulebook is a lightweight, attractive app that lets you quickly and easily look up rules using simple keywords. You can zoom to the part of the rules that’s relevant at the moment. This is a massive improvement over thumbing through a physical rulebook or skimming a lengthy webpage.

You can also check out the details of items players might find or want to buy, like armor, weapons, or magic items. It also helps players manage their characters by quickly referencing race and class options, feats, spells, and more.

The apps also lets you “favorite” a page that you need to check often—a life-saving feature in any reference tool.

But the best part about D&D 5e Rulebook compared to other compendiums is how lightweight it is. It only takes a bit of space to store a wealth of easily accessible information. The whole point of running D&D from mobile is to speed up and simplify the process of running the game, so a lightweight, no-frills rules app is a must.

Even if you’re running single-session “one-shot” games, it’s handy to have your game notes close by when running. A good campaign diary should let you:

It also needs to be simple and easily organized, so the expansiveness of worldbuilding doesn’t overwhelm your focus on playable content.

Game Master Journal is a good choice that prioritizes these points. Change the Miscellaneous tab’s name to “Plot” or “Story,” and use it to organize the plot of the adventure. The rest of the app functions as a quick-to-use worldbuilder for even the least experienced writer.

When you create an NPC, you’ll be prompted to add where they’re from. Name the town for now, and fill in details later. You can add specific locations within towns, and the templates provided for each category help guide your creative process without restricting your freedom.

There are many voice calling platforms that let you participate in a conference call while you run other apps. For the purpose of running D&D, the only ability you really need is for the calling app to run in the background. This allows you to keep your game-specific apps open even while chatting.

Using a single app is more friendly to new DMs. Many apps with enough functionality to run a game of D&D by themselves also include extra features like random generators and tutorial popups. These can help a new Dungeon Master evade writer’s block and master the process.

Game Master 5th Edition is our pick for a catch-all app that lets you run Dungeons & Dragons fully from your phone. It includes everything you need to run the game, like:

Game Master 5 was the only catch-all app we found that delivered on all these necessities. It uses a clever menu tray that lets you roll, consult rules, or look up compendium info from almost any screen.

In combat, the process is even more streamlined, as you can add a condition, roll an attack, or ability check straight from the monster’s stat block.

The only aspect really missing is a location information tab. However, each campaign and adventure includes three tabs (characters, adventures/encounters, and notes) and lets you add images to notes. Because of this, it’s simple to set up your important locales as notes with maps and other visuals attached as images.

The app also offers a one-time payment to remove ads and increase the number of encounters, adventures, and campaigns you can create. It’s well worth the payment for the time and effort it will save you.

Despite the wealth of features available, this app keeps your screen clean, so you don’t get overwhelmed. That’s the main benefit of running D&D from your phone, after all: it’s simplified, streamlined, and you only have to deal with what’s on your screen at the moment.

The Best Way to Run D&D From Your Phone

Using a catch-all app like Game Master 5th Edition is the optimal choice in many cases. But Dungeon Masters who are running homebrew adventures or settings may want to use a more detailed campaign diary like Game Master Journal as well.

This pairing will not slow you down at the table, since the campaign diary is used between sessions to record progress notes, update NPC relationships, and flesh out locations ahead of time. And if you want to get really fancy, there are many more apps available to enhance your D&D experience! 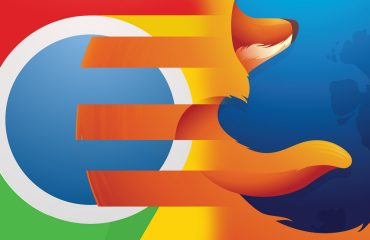 9 Ways to Sync Firefox and Chrome: Bookmarks, Passwords, and More

How to Take the Perfect Screenshot in Windows