The 10 Best Excel Alternatives for Your Spreadsheet Needs

The 10 Best Excel Alternatives for Your Spreadsheet Needs 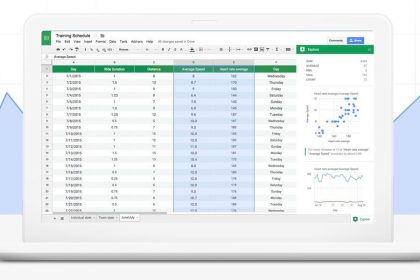 Spreadsheets are essential to categorize and visualize data, especially in the modern business world. Microsoft Excel is a widely-used spreadsheet program that allows you to visualize and arrange data. It provides you with a tremendous amount of functionality.

However, Excel lacks flexibility and might not be ideal for project management. It comes at the cost of $ 5/month for the business license, which can be pretty expensive if you don’t need all the excessive Excel features.

If that’s the case, we have curated a list of the best Excel alternatives out there, both online and offline. The best part is that most of them can run on Windows, Linux, and macOS as well.

Google Sheets is an online spreadsheet application provided by Google and is 100 percent free. If you have a Google account, you have access to Google Sheets. It allows you to create, edit, and share spreadsheets, and it uses Google Drive Storage to save your files in real-time.

In Microsoft Excel, you would have to share your spreadsheet file via email. Google, however, takes this collaboration to the next level. Instead of sharing a file, you can send a link to the colleague, and everyone can work together at the same time.

You can also download files in multiple formats like XLSX, ODS, PDF, HTML, CSV, and TSV. You can keep them online and store them in your Google Drive to access them anytime. Google Sheets is the best alternative to Excel, and since it’s cloud-based, it works on Windows, macOS, Linux, Android, and iOS.

Related: Google Spreadsheet Tricks That Are Easy to Learn and Remember

Zoho Sheets offers a seamless experience on both cloud and offline-based programs. It provides the same functionality as Excel. For example, it supports multiple file formats such as XLSX, XLS, ODS, and CSV without any glitches.

Like Google Sheets, Zoho simplifies collaboration with links. On top of that, it provides features such as charts, pivot tables, and more. Zoho Sheets works online and offline and is available for Windows, macOS, Linux, Android, and iOS.

It has most of the features you expect from Microsoft Excel and works seamlessly at the same time. Best of all, it’s free. But there’s a catch. Since the application is free, you can only use it with ads.

You can purchase a subscription to remove the ads altogether though.

These ads usually last 15 to 20 seconds. They aren’t too intrusive and will only pop up when you want to print, save, or use advanced features. After one preview of an ad, no other ads will appear for another 30 minutes.

You can get rid of the ads if you decide to pay $ 29.99/year or $ 119.99 for a lifetime license. WPS Office runs on all platforms, including Windows, Mac, Linux, Android, and iOS, making it easy to access on multiple platforms. And it works online and offline too.

Microsoft has created Excel Online as an alternative to Google Sheets. Although its functionalities are severely limited in comparison to the desktop version, it can be a good alternative to Excel. You get all the excellence of Excel while maintaining the familiar interface.

Excel Online utilizes the OneDrive service to store files online, while Google Sheets utilizes the Google Drive service. If you are a power Excel user, you might not prefer it entirely due to its lack of functionality. However, it’s free.

If you don’t want to get rid of Excel’s interface or aren’t a power user, Microsoft’s Excel Online is an excellent alternative. Since it’s a cloud-based platform, it works on Windows, macOS, Linux, Android, and iOS.

LibreOffice is similar to Apache OpenOffice Calc—which we’ll detail shortly—by being a derivation of OpenOffice.org. LibreOffice hosts a full suite of applications including a spreadsheet app making it a good alternative to Microsoft Office.

LibreOffice also provides all the fundamental features of Excel, such as pivot tables, charts, text-to-columns, and much more. It even allows the user to import legacy spreadsheets from abandoned programs such as Microsoft Works, BeagleWorks, and many others.

However, LibreOffice cannot perform extensive formatting and sometimes crashes, according to some users. If you’re looking for an alternative to Excel for personal use, you should try LibreOffice, which is available on Windows, macOS, and Linux so that you can use it irrespective of the platform, but it may not be suitable for professionals.

Related: LibreOffice vs. OpenOffice: Which One Should You Use?

Apple wouldn’t leave its customers behind. As a result, Apple launched Numbers as another great alternative to Microsoft Excel. Numbers by Apple is differentiated from any other Excel alternative because instead of starting with a grid-like spreadsheet, you’ll see a blank sheet.

As a result of the canvas-like interface, you can expect an attractive presentation of charts. Numbers by Apple is a great alternative to Excel if you plan to showcase spreadsheets in a visually appealing way. Apple has also added a vast number of templates for you to choose from. You can also save the files as Excel spreadsheets, giving you broader compatibility.

Numbers from Apple works on iPhone, iPad, Mac, and other Apple devices. However, it isn’t available on Windows, Linux, or Android unless you use it through the iCloud website.

If you don’t have a lot of data to work with, OpenOffice Calc is more than enough. It’s a worthy alternative to Excel because businesses can modify it in many ways to meet their needs.

Apache OpenOffice runs perfectly on Windows, macOS, and Linux. Thus, it is compatible with everyone. However, it can be a deal-breaker if you are looking for collaborative software or if you need to work from a mobile device.

A Hancom Office website is a suite of online office applications similar to Google Docs, Sheets, and Slides. The system also has the Hancom Office Calc, which can be saved online, though the storage space it offers is limited to 1GB.

Hancom Office Calc is a cloud-based software that features an online collaboration with teams using link-sharing. It works with Microsoft Office files and is comparatively easy to use.

Spread32 offers an extensive set of functions as an Excel alternative. If your work involves a lot of calculations, you may find it useful. Spread32 supports basic file formats, including XLS, CSV, and PXL.

It runs smoothly when you’re working with a limited amount of data. It isn’t an online-based product, so you need to download the application. This means that you don’t get collaboration features for teams. Spread32 is also only available for the Windows and Android operating systems.

Gnumeric is another open-source Excel alternative that comes with basic spreadsheet features. It allows you to open legacy files from software such as Lotus 1-2-3, OpenOffice, and many others.

The software isn’t easy to use because everything opens under the same window. It is also only available on Windows, Linux, and BSD platforms, so it’s fairly restricted in that sense.

Which Is the Best Excel Alternative for You?

Excel is already a great spreadsheet program. However, it comes at a higher cost than most alternatives because it offers so many more features.

If that’s a problem, Google Sheets, WPS Office, and Excel Online would be the best Excel alternatives to use instead.

How to Recover Deleted Emails From Gmail | MakeUseOf

You Can Get Some Great Deals Right Now [CA] 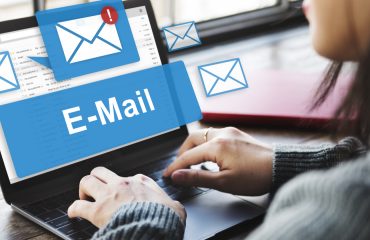 6 Most Popular Email Providers Better Than Gmail and Yahoo Mail