Apple says that it last year stopped upward of $ 1.5 billion in potentially fraudulent transactions in the App Store.

In a stats-heavy Newsroom post, Apple writes that threats in this domain have ramped up in both size and sophistication since the App Store was first launched approaching a decade-and-a-half ago. To match the scaling up of the threats, Apple notes that it has also scaled efforts to counter them, “taking relentless steps forward to combat these risks to users and developers alike.”

This is to stop bad actors potentially stealing sensitive data—whether it’s about user locations or payment card details. From the sound of things, the company’s approach is working very well, too.

According to Apple, close to 1 million “problematic” apps—and another 1 million app updates—were rejected or removed by Apple’s App Review team last year. In 2020, the company said that that it rejected upward of 48,000 apps which contained hidden or undocumented features. Another 150,000 were rejected for being misleading in some way that could trick users into downloading them.

Apple also notes that, in 2020, its combination of AI and human reviewers stopped more than 3 million stolen payment cards from being used in the App Store, while additionally banning nearly 1 million accounts from being used again. A massive 244 million customer accounts were deactivated due to “fraudulent and abusive” activity, and 424 million attempted account creations were rejected for the same reason.

Despite fraudsters’ sophisticated techniques to obscure their actions, Apple’s aggressive monitoring means these accounts are terminated, on average, less than a month after they are created.

The timing of Apple’s article is certainly interesting. Right now, Apple is battling Epic Games in court over an App Store-related issue. Apple’s ownership of the App Store, and whether this gives it unfair amounts of power, has also been called into question by governments around the world—from Australia to the European Union.

By highlighting the work that Apple does behind the scenes to ensure a better App Store experience for all, the company shows that it’s not just a member of the rentier class sitting back and taking its commission from developers, while giving nothing back.

Whether that kind of concerted PR campaign will hold sway with regulators remains to be seen. It’s certainly appreciated on the part of customers, however. With approaching 2 million apps in the App Store, and new ones and updates added all the time, this is a tough job to manage. Apple seems to manage it admirably. 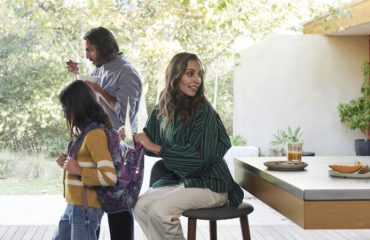 You Can Now Assign Google Assistant Reminders to People