10 Most Popular Types of YouTube Video You Can Make Today

10 Most Popular Types of YouTube Video You Can Make Today 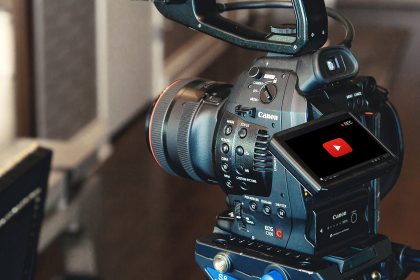 You’ve probably watched a lot of YouTube videos over the years. You will have seen plenty of ads, plus unboxing videos, makeup tutorials, music videos, and reaction videos. Amongst others.

Getting started with YouTube is easy; finding success is far more difficult. While the majority of the most-watched YouTube videos are music promos, there are plenty of other genres to choose from:

Let’s take a look at each of these options in turn.

Considered one of the most unusual types of YouTube video, unboxing videos shows you opening a box and describing its contents. Bizarrely, this video genre is hugely popular, and relatively easy to make. All you need is an unopened box full of tech/makeup/toys, etc. and a camera carefully placed to capture it.

As long as you’re talking while the unboxing takes place, you should be able to produce a video that people will enjoy and respond to. Note that some unboxing videos have a soundtrack, rather than a commentary, but these tend to be shorter.

Our tutorial to producing an unboxing video people will enjoy will give you more information on how to get started.

The simplest way to make a movie like this is with a timelapse app on your smartphone. However, it’s also popular to edit existing videos to look like timelapses.

Whichever option you try, you’ll often get amazing results, which is why the videos prove so popular. Many creators share their timelapse videos, however, so choosing your subject carefully is important.

Timelapse videos might be anything from a Lego construction to the building of a genuine building (such as the new World Trade Center), and even the creation of art, like the hyperrealism in the video above.

Like gaming? With the help of a screen capture device (or a video camera) you can pass on your expertise on a particular game (or level) and entertain people at the same time. Video games as a spectator sport is a relatively new phenomenon, but immensely popular. Take Twitch, where millions of gamers gather every month. Some gamers have even become celebrities as a result.

YouTube has its own version, YouTube Gaming, where gamers can stream or upload their gaming activity. Unlike Twitch, these videos will remain on the site long-term.

Our guide to streaming games from a PC will get you started on Windows. If you’re using an Android device, Google Play Games can help you record and upload your videos. Console owners can capture their game recordings using built-in software. (Older consoles will need third party hardware.)

YouTube is a regular destination for anyone looking for a way to do something. It might be technical help for dealing with problems upgrading to Windows 10 or something less computer-related, such as learning the basics of carpentry.

Do you have a skill, ability, or technique that you are happy to demonstrate? Making a how-to video is the best way to share that skill with the world.

You might do a simple screencast (essentially recording your PC’s desktop) or opt for a more personal, camera-facing approach. This latter option might result in a quite a bit of work filming and editing. However, as long as you have editing tools and ability, the results should be good.

Related to the unboxing videos, product reviews are simple to produce. However, it’s easy to get carried away, so make notes in advance. After all, you don’t want to be left without anything to say.

While first impressions are the domain of the unboxing, product reviews should go more in depth. For example, include reflections upon your experiences with the product. It doesn’t matter whether it’s a new frying pan, a bike, or a collection of pencils—it’s up to you!

Best of all, you can film a product review with a single camera. Although you might like to add some photos and captions into the video to polish the finished production.

Another popular option is the fan video. This might be speculation (or a review) on your favorite TV show, movie or book series, or even a commentary.

Popular franchises under discussion in such videos include Star Wars, Game of Thrones, Harry Potter, and Doctor Who. Of course, there is no reason to limit yourself to these, but you should take a few minutes to research the opposition. It’s always good to know the type of video people are enjoying.

Best of all, the production is minimal. All you need is a webcam or digital video camera, and the ability to talk about the show or movie you like.

Perhaps as surprising as the unboxing video, the reaction video is a popular option that is simple to produce. On the other hand, however, it is potentially the slowest to produce, depending on how you set it up, what tools you use, and what you’re reacting to.

We’ve previously produced a tutorial on creating reaction videos, and these can be made with anything from a computer webcam to a smartphone app.

As long as you can somehow combine what you’re watching with your reaction, the results should be good.

So, if you have a pet who is a bit of a character, take the time to film them. Set a regular schedule of filming to catch something cute; close moments are good, as are feeding times.

Something that everyone loves to do is talk about other people, especially when those people are famous (and probably rich and attractive too).

As a result, celebrity gossip videos are incredibly popular on YouTube. After all, some people just need to find out what Ed Sheeran had for lunch, how George Clooney works out, and why Lady Gaga is planning to wear a hat made from Play-Doh.

Celebrity gossip videos might take the basic to-camera, vlog approach, or they might be clips of the celebrities in question. You can then add a voice-over talking about what they gossip is, why you think it’s important, and what it might mean to their career.

Got something to say? Vlogging, or video blogging, is a great way to find an audience of people who share similar views. Vlogs are incredibly popular among millennials, so if you fit into this demographic (Generation Xers are less likely to vlog, or find an audience) then this is a strong option.

Note that you don’t have to be political in your videos. Just like a blog, vlogs can be about anything, and say anything. In the example above, Maddie Moate demonstrates where rubber comes from. Her vast collection of explainer videos have helped her become a successful YouTuber. As a result, Maddie has presented three series of the children’s factual TV show Do You Know?.

However, be aware that the vlogging competition is strong. Anyone with a smartphone, tablet, or laptop, can make a vlog. So, be authentic and honest, pick topics people are interested in, but also offer alternative viewpoints. Try not to be intentionally outrageous to gain clicks; instead, offer reasoned views and arguments that commenters will want to engage with.

Get started with our guide to the best vlogging equipment.

Other Video Types to Consider

You’ve probably seen other video types, such as pranks, bad karaoke, and mashups do well. These are all fine, but not necessarily things that you can start making right away after you finish this post (pranks are particularly tricky to setup and record, and more likely to land you in trouble).

Once you’ve started building an audience for your videos, it’s worth building your brand. One way to do this is to make a cool YouTube video introduction, which can be done using free tools.

Read the full article: 10 Most Popular Types of YouTube Video You Can Make Today 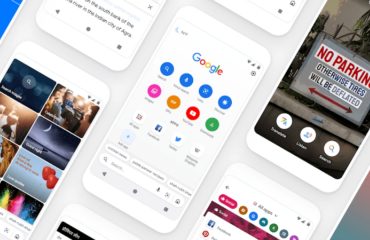 5 Reasons Why Google Drive Is a Security Risk 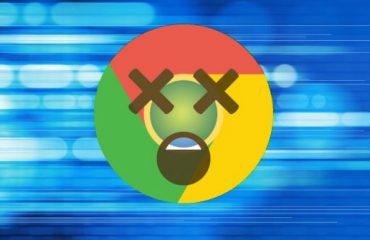